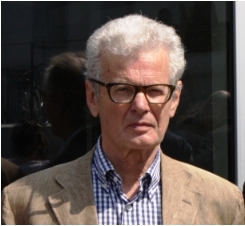 President of AIOM since April 2015, he is a member of the Steering Committee of C.I.S.Co., Council of Intermodal Shipping Consultants, Italian section, member of the Scientific Committee of the “Luigi Micheletti” Foundation of Brescia, honorary member of the German Logistics Association (BVL), has contributed to the drafting of the National Transport and Logistics Plan at the Ministry of Transport (1998-2001) and the National Logistic Plan (2010-2011).
For several years he was a CNEL expert for logistic issues and one of the founders of the Eurotrans Club, a research team including 9 European countries (1990-2016). He is a promotor of ACTA, the Consultants’ Association of the Service Sector.

HIS MOST RECENT PUBLICATIONS: